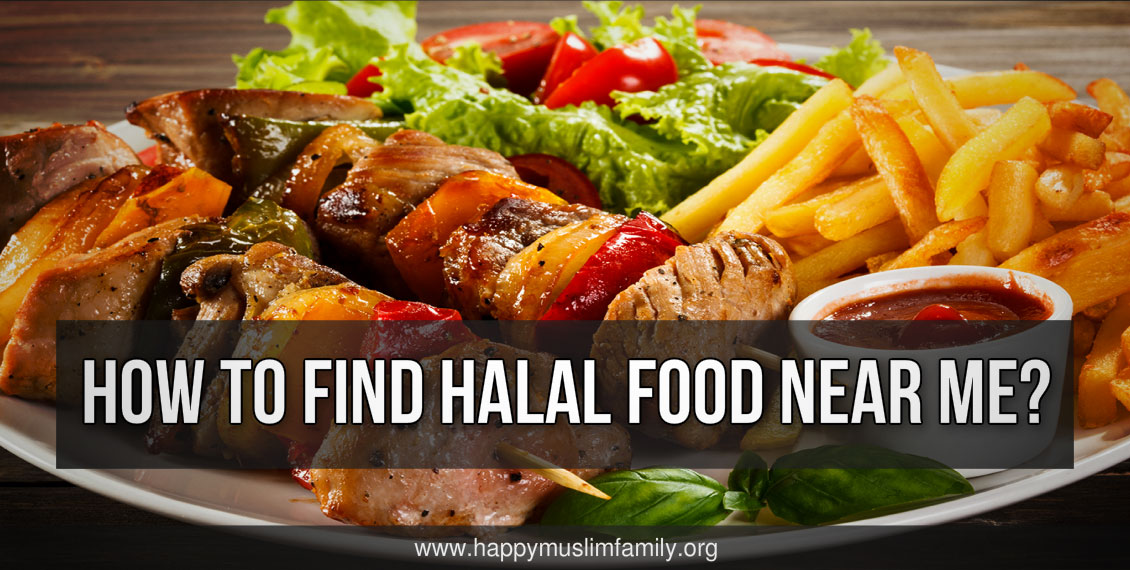 Do you live in a non-Muslim country and this one question always bugs you when you go out to eat; “How can I find halal food near me?” In this article, I will give you 5 tips to help you get out of your anxiety and find “halal” places to eat.

Food, delicious, glorious, divine food! We all have our own idea of what a lovely plate of food looks and tastes like. Our home-made favourites are easy to pick out and we often have memories that go with them. So too are some of our restaurant favourites. Roasts, grills, chicken, seafood, you name it and you can’t help but rub your hands in glee at the thought of it.

As Muslims though, enjoyable as the food might be, before one morsel of food even touches our lips, our minds must be completely at rest, knowing that our food is 100% halal.
Continue reading 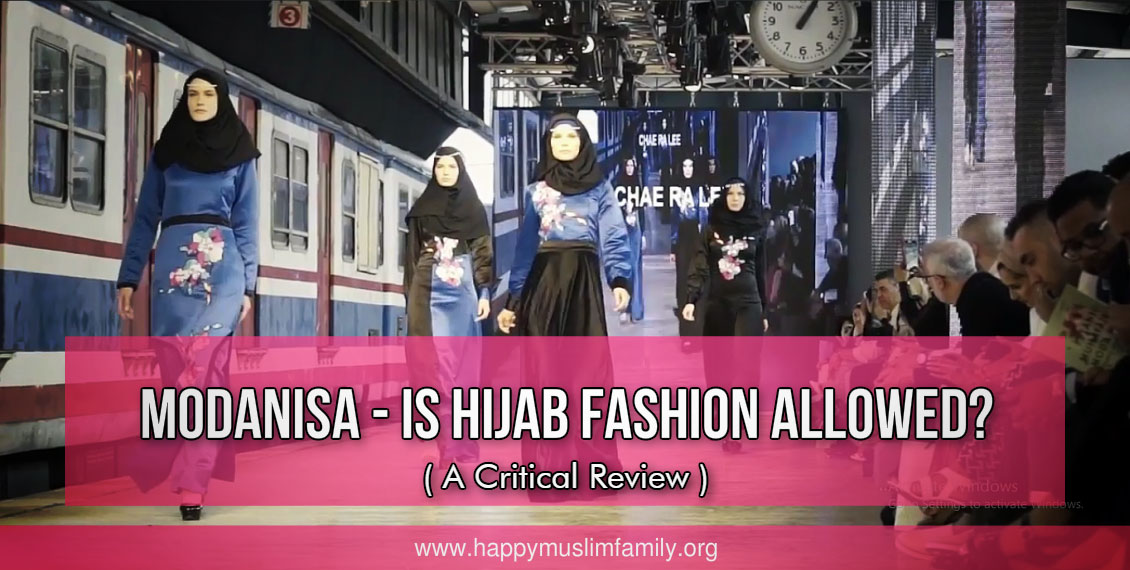 The use of hijab and niqab in Muslim women is growing each day, not only in the East but also the West. This can be visibly seen in the public places, workplace, universities and everywhere. Hijab is no more seen as a symbol of oppression of Muslim women, rather as an expression of their empowerment. They feel more empowered when they make a choice to not show their skin in front of every Tom, Dick and Harry, but only to their husband and close family. More importantly, they are wearing it to please their Lord subhanahu wa ta’ala, rather than to please complete strangers in the public.Continue reading 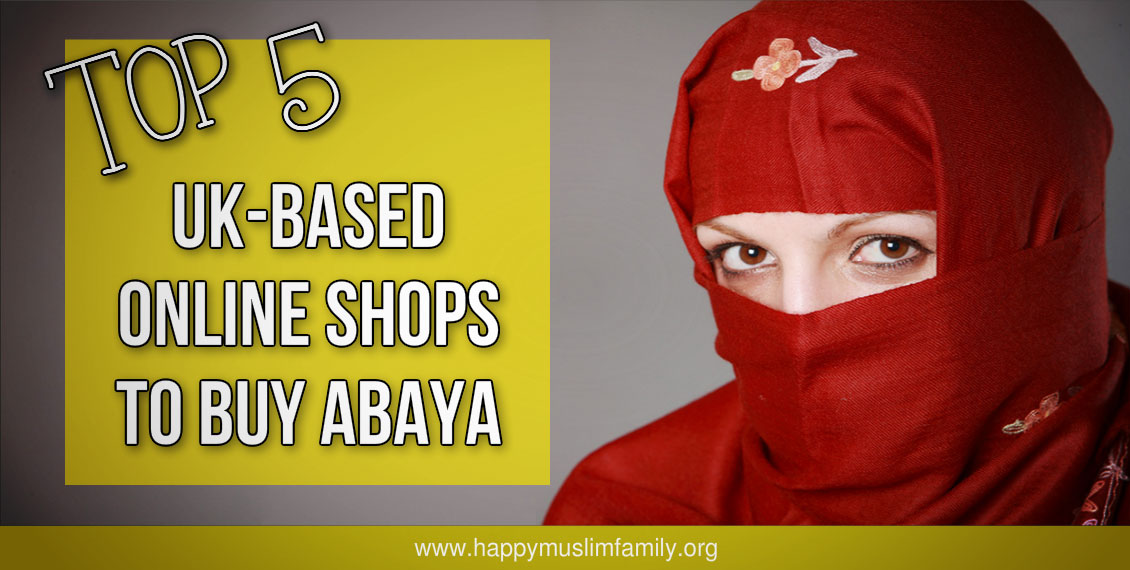 Muslim women have been dressing in abayas for centuries. In Saudi Arabia, it is a must to be worn by women. But the significance of an abaya dress is no less in other parts of the globe.

It would be correct to say that abaya is a proud representation of the Muslim culture. Recently the abaya culture has shown a remarkable growth, both in the Eastern and Western world.

The basic idea of an Islamic dress for women is a long loose dress that drapes around freely and hides a woman from head to toe. It has many different formations in different parts of the world. Shawls and wraps are all part of Muslim code of dressing. But over the past few decades abaya has gained much popularity and different dressing styles have beautifully merged together giving the abaya a whole new level and meaning.

A traditional abaya dress used to be black, so primary color for abayas can still be caught as black. With its popularity spreading into the other parts of the world, the abaya incorporated new colors and design. Also, the main fabric used to be traditionally light weight linen or cotton or chiffon, but with its advent into the colder regions of the world many new warmer fabrics have now been introduced.

The Challenge in Buying an Abaya in UK

Muslim women living in regions other than the Arabian Peninsula find it difficult to shop for an abaya or a modest wardrobe as a whole. Not just the length and cuts of dresses become an issue, but the fabric too presents a challenge. This is true especially for women living in UK where the abaya culture has widely grown recently.

Reverts face the same challenges. If they are working women, it becomes all the more difficult for them to switch to and pick out a new wardrobe that is practical and comfortable, as well as concealing and covering.

Alhumdu lillah, these problems can now be addressed by using abaya online shops. There are many online shops these days working from all parts of the world, but many UK based abaya businesses have in the past few years started offering their services. This is good news for the local British Muslims as this helps them in paying lower shipping costs which comes in real high when ordering an abaya from an international online outlet, e.g. an outlet based in UAE, etc.

In a previous post, we reviewed top 5 abaya online shops with a global perspective. We also extensively reviewed a Turkey-based startup called Modanisa that delivers modest clothing internationally including to the UK. In this post, we focus mainly on UK based abaya shops that offer abaya online delivery services.

These abaya UK outlets are a blessing for the Muslim sisters living in the UK and around. They help them benefit in many ways, not just the low shipping costs but also to keep the attire in accordance with the weather and culture (in the sense of colors worn in UK and the long coat styles that are European but can be transformed into abayas considering the fact that a coat is just as concealing when paired with modestly tailored pants etc).

So, keeping all the above points in mind here is a list of top five online abaya shops in the UK that are ranked as the top with respect to many points. These sites belong to professional abaya designers; they have the most up to date, trendy and fashionable abayas, and they are also affordable.
Continue reading 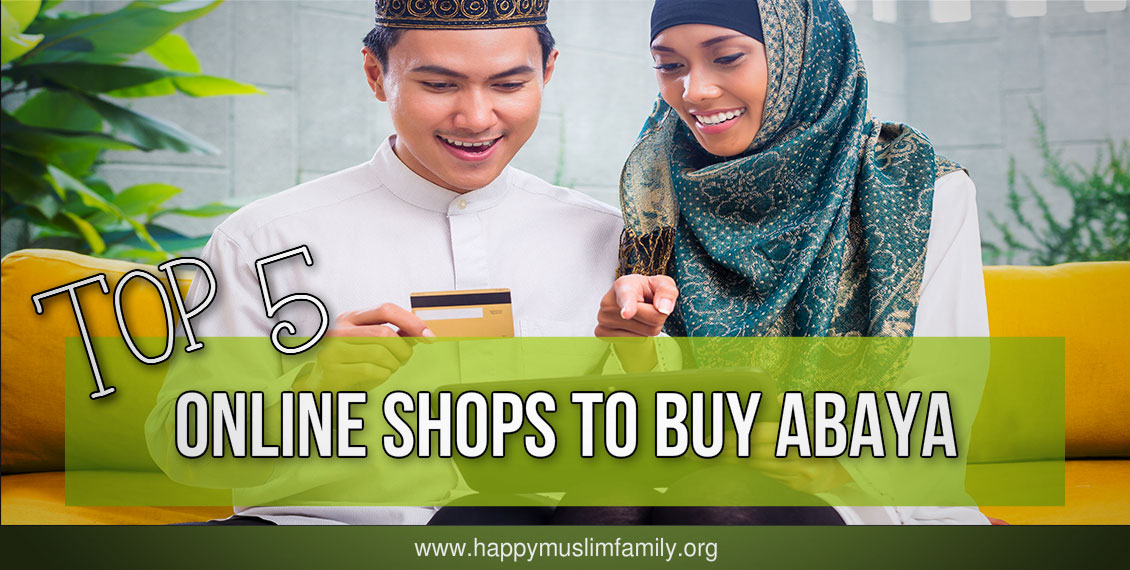 If you are specifically looking for online Abaya portals in the UK, then read this article instead: >> Abaya UK – Top 5 Abaya Online Shops in UK

Dressing with dignity and being respectful of their physique is of prime importance for Muslim women.

To the surprise of many, this can be achieved in a fashionable way. There is absolutely no need to flaunt or show off body or figure to look and feel good. The designs made by many fashion designers worldwide are proving this every day.

Bringing their talent into the world of fashion in their own unique way, these designers keep in their minds every aspect of clothing from seasons to mood to skin tone to different figures and whatever there is to keep in mind to make Muslim women look outstanding, feel comfortable and at their best.

These designers belong to different parts of the world. With the advent of the internet, it has never been easier to make their talent available worldwide. Today there are various online stores where women can search for abayas online using different criteria. They can search for the exact abaya dress that matches their taste, needs, physical appearance (i.e. length, sizes) and budget. The world of online shopping has brought with it countless benefits for both consumers and sellers. Ease of access is just one to name out of many.

Muslims living in Western countries, definitely face a hard time when going out to buy a new abaya dress. But there is certainly no need to all the way fly or travel to a Muslim country to get access to an Abaya shop. There are various online abaya outlets today, with various talented designers working in collaboration or on their own making the life of Muslim women fashionable without compromising their modesty and Islamic identity.

Here’s a compilation of the 5 best abaya online shops globally.

This one is a UAE based abaya online store as the name denotes. They started out in 2010 in Dubai and have a worldwide customer base. They offer delivery to any part of the world. They carry with them a young, talented and fashion enthusiastic team that works hard to bring to Muslim women excellent wear that stays within the boundary of faith. Being their primary customer, the Muslim women are their top priority. Quality is their main motive. Their Abayas are hand-made and of fine fabric from Dubai. Along with Abayas, wallets and handbag range is also available. Cosmetics are on their list too.

Halal content is always made sure so that a Muslim can shop care-free on their store. They have a very fast delivery, i.e. within two working days. Within UAE, shipping is free of any charges. They have a good online social media presence, so follow them to keep updated.
Continue reading