Heart-Breaking Story of a Young Divorcee! 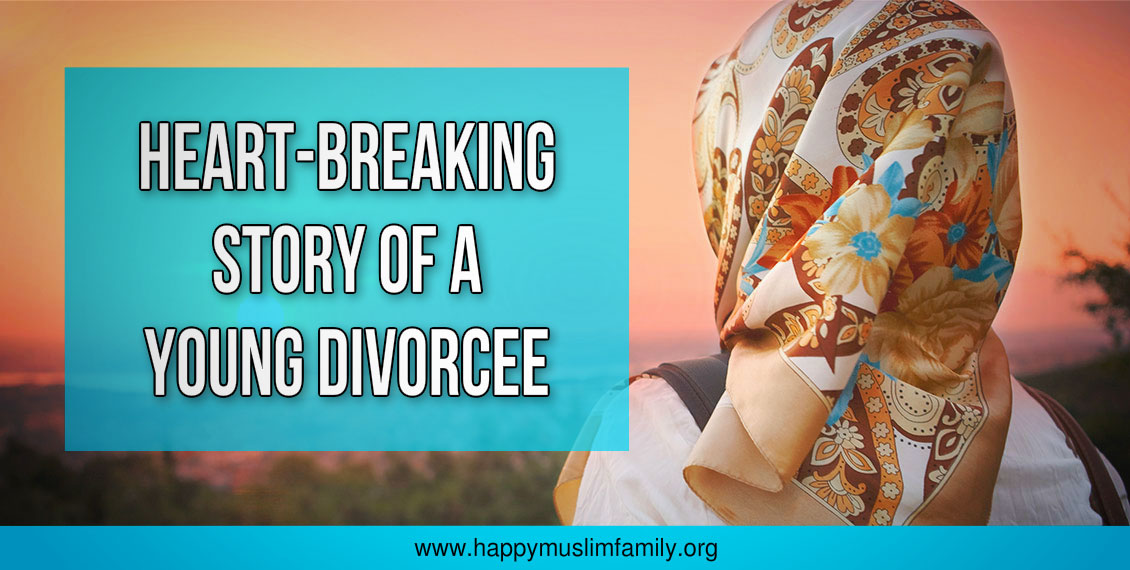 Are The Rules Different For Daughters & Daughters-In-Law In Our Society?

It takes a lot to leave your house where you were raised and go to a new house with new faces everywhere.

23 years of my life I lived in my terms and conditions were loved by everybody. I was my Mom’s doll, my Dad’s princess, and my brother’s best friend.

Until one fine day, I packed my bags with my favorite clothes, footwear, earnings and with a heavy heart, I told myself I am going from one home to another. But then, my life took a U-turn. From those sath pheras (seven vows), the new lifestyle of a new family.

From Paradise to Hell

I tried accepting and adjusting to everything. I was married to their son but nobody took pains to make me feel comfortable to adjust to new environment and surroundings. From getting up early, wearing the suit to bindi, helping in kitchen, nothing pleased to the family.

“Rules were different for a daughter and a daughter-in-law in the same family.”

For the world, I was happily married. The truth was different.

Everybody thought I have an amazing and understanding husband. He always expects from you to ADJUST. Adjusting for a woman is easy because all her life she does that. Adjustment can be done for 10 days or a month but when it is a lifetime adjustment one should RETHINK.

To all the mother in laws – I am sure your son’s heart has enough space to accommodate the both of us and if you are so possessive about your son, then you shouldn’t have even gotten him married.

6 months of mental torture and isolation I had been through, made me move back from where I came “my home”.

DIVORCED at 24, after a marriage that lasted only 6 months. Yes, it was an arranged marriage.

I got divorced at the age when most of my friends were not even engaged. I had earned the stigma of being a divorcee, a term that I find extremely regressive and judgmental. My journey from being newly married to separated to divorced all within a span of 2 years.

When I filed for divorce, I knew that life would not be easy. I felt betrayed for all the goodness that I ever had in me.

“I GOT A CHANCE. I CHOSE TO BE OUT OF THE MISERY AND OUT OF A POTENTIALLY RUINED LIFE.”

A Stigma in Society

Sometimes families find it shameful to update the society on the newly acquired marital status of their children/siblings. It had been painful for me to meet relatives at social gatherings. They ended up asking:

“Where is your husband?”

I had to put on a brave face and told myself that I could not stop meeting the numerous people who loved me because of one worthless person from my past. Talking to some people always triggers negativity and hopelessness.

Some days and some people did pinch but I moved on.

I had discovered that unless I stopped pitying myself, the society would not. Once I started accepting and respecting me and my choices, the universe accepted and cooperated as well. I don’t encourage divorce. I just feel that if you have found your reason to opt out of matrimony, don’t be afraid.

I still wonder what my future holds but hey I am just 24. I am independent, living for myself, having a good job and eventually will have a good guy. I don’t live with that hope but I know that is the truth because the fault was not in me but in the family I, unfortunately, became part of. Source: The Divorced Muslimah – Published with permission. The “young divorcee” who wrote the story prefers to remain anonymous.

In the video below, sister Mayya shares 4 tips that helped her get through her divorce. A very helpful video for Muslim sisters who have gone through a divorce. Watch the video below for some wonderful tips:

If you know of a divorced Muslimah sister, share this post with her. She will be thankful to you. (I hope you noticed the Facebook/Twitter icons … yeah, down there!)

Do you think the “young divorcee” (in the story) did the right thing by taking divorce? Do share with us in the comments section below.

Modanisa - Is Hijab Fashion even allowed in Islam? [A Critical Review]